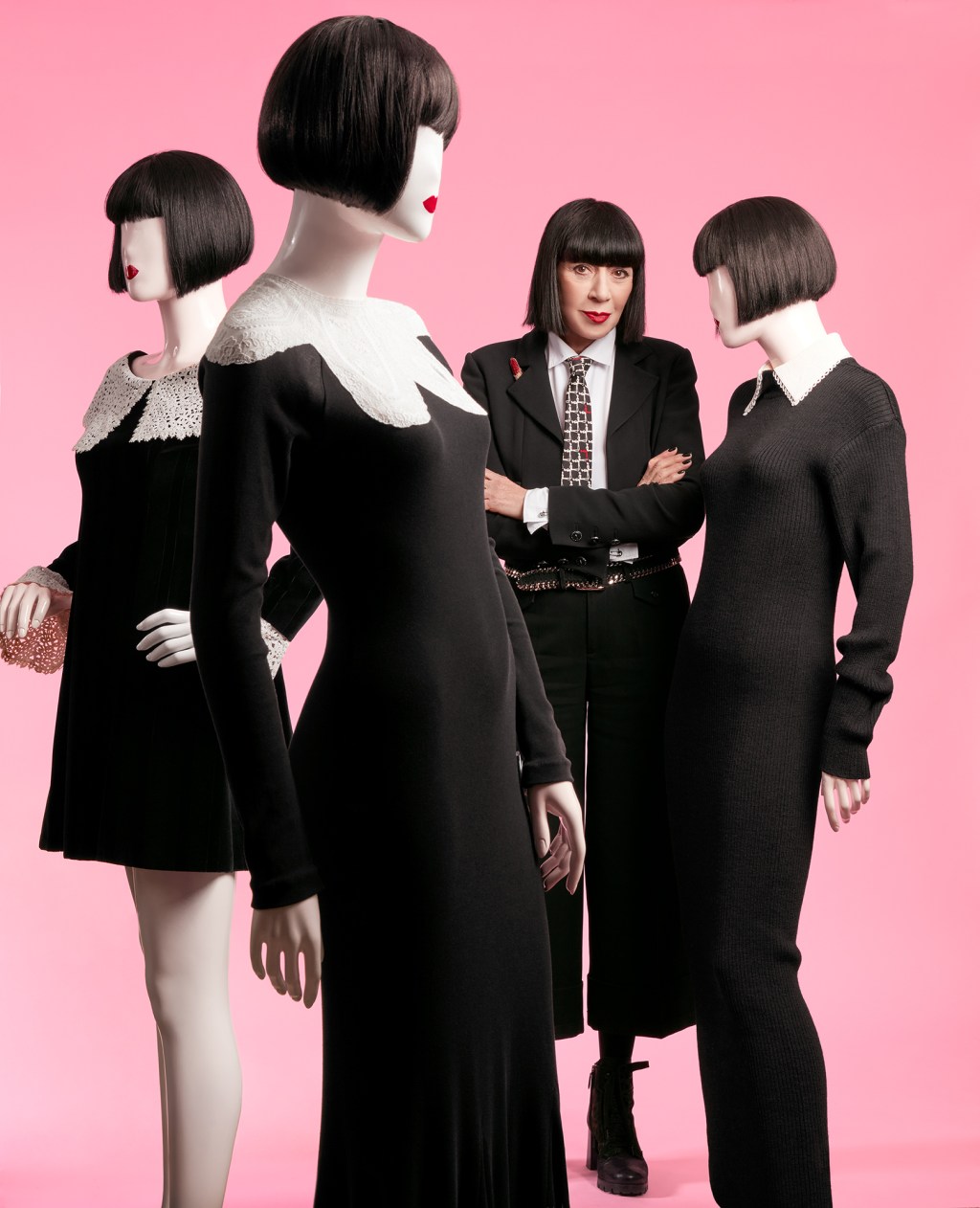 FASHION ABOVE ALL: Chantal Thomass is perhaps best known for her naughty lingerie designs, but before her intimate clothes became de rigueur, she was also a prolific fashion designer, first under the Ter et Bantine label then under her own name. Alongside contemporaries such as Kenzo Takada, Jean-Charles de Castelbajac or Thierry Mugler, she was at the heart of Parisian fashion of the 1970s and 1980s, defending androgynous clothing by mixing tailor-made silhouettes with the knots and lace that are became his stylistic language.

On March 5, the sales “Chantal Thomass: 40 years of fashion” will see a selection of unique fashion pieces and accessories put together by her and the vintage expert Didier Ludot come under the hammer.

Some 274 pieces will be offered by auctioneer Millon at the Drouot auction house, including many unique catwalk looks worn by Claudia Schiffer and Carla Bruni, as well as a range of accessories and unusual shoes. A double-breasted down coat created for Moncler in 1992 and an ostrich feather coat worn in 1984 by Isabelle Adjani for the Caesars, the French equivalent of the Oscars, are among the most expensive items, with respective guide prices. between 400 euros and 500 euros and 500 euros and 600 euros.

In addition to the physical auction, there will be an online sale of 355 pieces that will take place on the Millon website from February 12 to March 6.