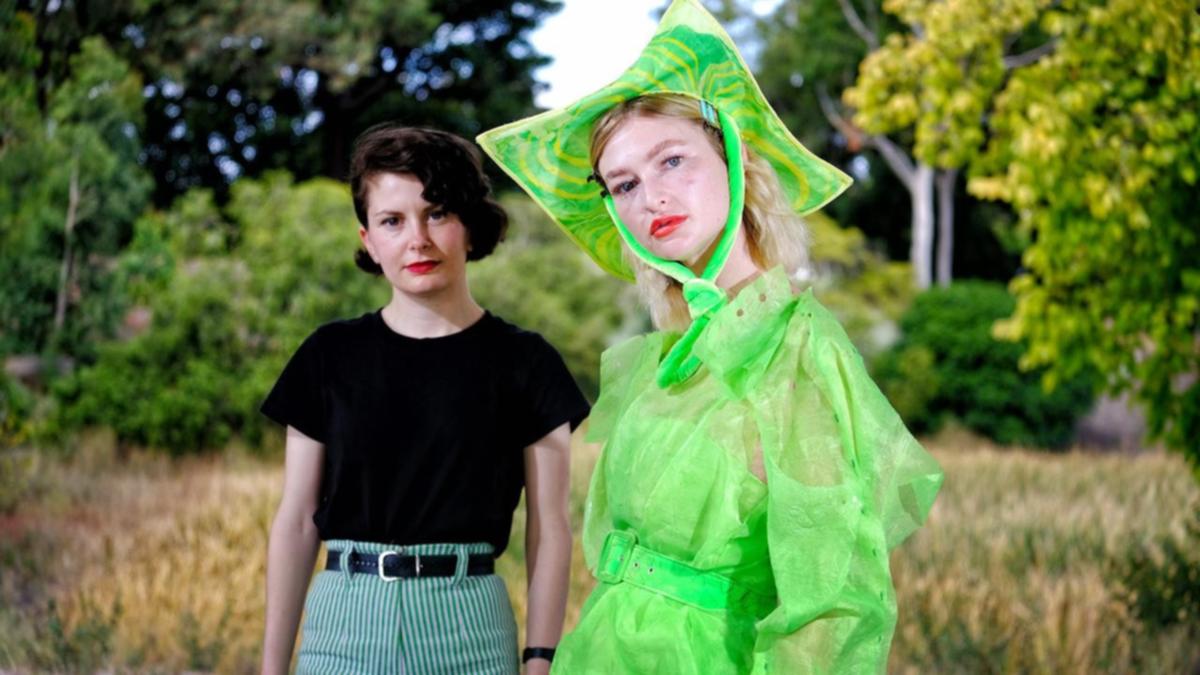 Stuck at home with only her immediate surroundings for inspiration, Amy Lawrance used 2020 to create brightly colored clothes that became her escape from the gloom of lockdown.

The RMIT University fashion graduate spent her honorary year in the kitchen doing what would ultimately be chosen from applications from students across Australia to appear at this year’s Melbourne Fashion Festival.

The 29-year-old from Bendigo was honored to be one of 10 designers at the National Graduate Showcase which was featured on video Friday night.

“I am really delighted to be included and I feel very humbled that they have chosen me,” she told AAP.

Ms. Lawrance describes her four outfits modeled in the virtual runway as “from another world”, “theatrical” and almost “like a costume”.

She drew her ideas from a suitcase of 1960s children’s clothing patterns given to her and a box of Barbie clothing from the same period.

Ms. Lawrance experimented with geometric and flattened shapes on the body, inspired in part by French designers Pierre Cardin known for his avant-garde style and AndrÃ© CourrÃ¨ges, known for his clean designs from the 1960s.

She starched and hand-dyed silk fabrics in bright colors and sewed everything herself.

The Melbourne lockdowns prevented her from visiting her family in Bendigo, a short drive away, so she focused on her project.

â€œIt was nice to channel my energy into something creative and positive,â€ Ms. Lawrance said.

“I found (the clothes) a nice distraction.”

Ms Lawrance, like her peers, is now applying for styling jobs and is optimistic about her prospects despite the stress the industry has been in since the start of the COVID-19 pandemic.

There are events online and in person as part of the Melbourne Fashion Festival, Safe for COVID, which runs March 11-20.

Venues for in-person events allow for physical distancing while virtual parades have been pre-recorded and online masterclasses are free.

It’s a risk averse approach in the wake of last year’s festival, which was one of the first major events in the country to be canceled due to the pandemic.