Trey Laird on his way to fashion advertising – WWD 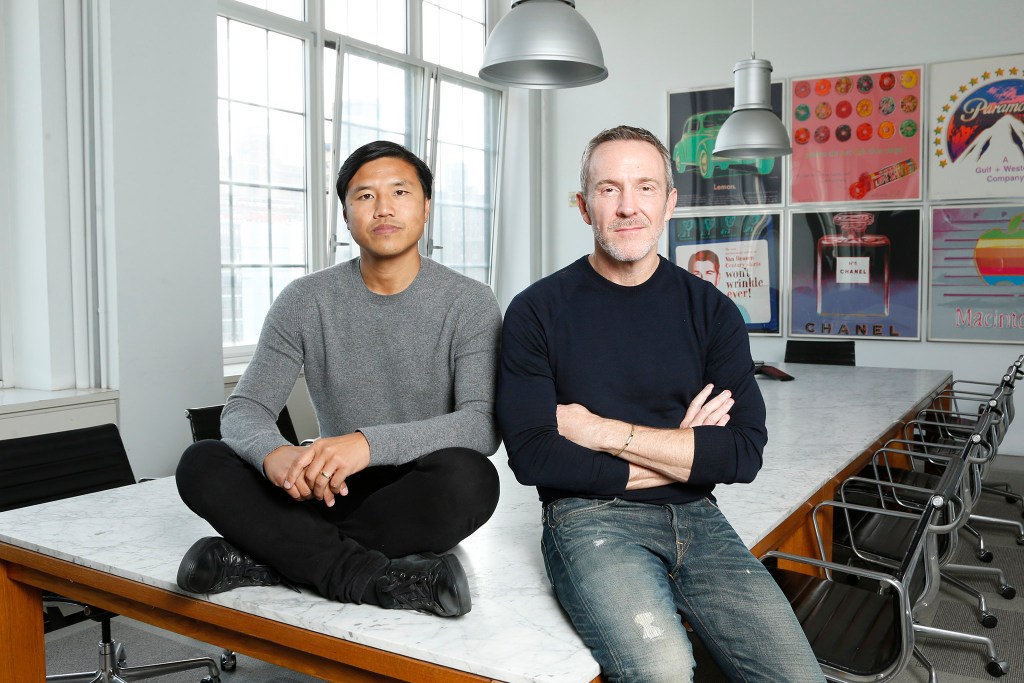 Trey Laird’s career in fashion advertising was more or less a happy accident.

Laird, originally from Texas, ventured to New York with a desire to work in advertising, but had no idea he would become a force in the fashion industry. He is the creative mind behind countless advertising campaigns that have been part of America’s cultural fabric since the late 90s. These include the DKNY campaign featuring models standing on taxis, numerous Gap ads. featuring Sarah Jessica Parker and Madonna, Tommy Hilfiger’s ‘Meet the Hilfigers’ campaign and Lady Gaga’s video for Tom Ford’s Spring 2016 collection.

But the shiny and expensive world of celebrities and fashion was not something he chose when he left for the Big Apple. Laird started out at Arnell / Bickford Associates, where he was put on the Donna Karan account.

â€œI didn’t intend to work in fashion advertising,â€ he said with a slight southern accent. “It put me on a path.”

After several years at Arnell, Laird was hired by Donna Karan International to be Executive Vice President and General Manager of the company. He held this position from 1993 to 2002 and he helped establish an in-house creative agency to handle all marketing, advertising, media, packaging, store design, visual display and branding for Donna. Karan and his licensees around the world. During this time, he won numerous advertising and graphic design awards, including five Clio Image Awards, one VH1 Fashion Award nomination for Best Advertising, and three FiFi Awards for Best Perfume Advertising.

â€œAt one point I decided I wanted to take it to the next level and started my own agency in 2002,â€ he said, explaining that Karan was â€œvery supportiveâ€ and had become a customer. He signed Gap, which at the time was headed by CEO Millard “Mickey” Drexler, whom Laird calls “a mentor.”

Laird started Laird + Partners with just two clients – Gap and Donna Karan – but the founder, CEO and Creative Director made the most of his small roster.

Meanwhile, Gap was a “force,” said Laird, who was responsible for the brand’s creative work. He recounted the Audrey Hepburn commercials, which used vintage images of the actress, as well as the 2003 campaign starring Madonna and Missy Elliot, and a year later, Sarah Jessica Parker.

But Laird’s “defining” work would come in 2010 in the form of a five-year campaign for Tommy Hilfiger. â€œWe’ve been integrated to give a new take on Tommy’s marketing and messaging,â€ he said. â€œWe had to think about concepts. There is something in this idea of â€‹â€‹family because Tommy himself has a fairly large family.

The original campaign showcased the Hilfiger â€œfamilyâ€ and their different styles, which Laird said embodied the consumer’s desire for â€œconsistencyâ€ in the fast-paced and somewhat mercurial world of fashion.

â€œTommy invented it ‘classics with a twist’,â€ Laird said of the Hilfiger brand and its advertising campaign. “Now we are on our own chapter with Gigi [Hadid] for the brand.

In addition to Hilfiger, Laird is currently working on campaigns for American Eagle, Jimmy Choo and Tom Ford.

Recently, Laird made a big change in his business, appointing Patrick Yee, Executive Vice President of Marketing and Strategy at Refinery29 as CEO. Laird retained the title of Creative Director and President.

Laird hopes Yee’s digital experience will help transform the agency, which now faces a new set of challenges – creating content for clients on all platforms and providing them with a set of digital tools to allow them to innovate.

â€œThe big change is the way people absorb stories, as well as communications, marketing and branding,â€ he explained, noting how quickly campaigns are created. â€œIt happens almost in real time. “

Laird mentioned new technologies and platforms, such as Snapchat, Instagram, Facebook and YouTube, as the reason. Brands today need videos and images for these platforms, which keeps Laird and his team busy and on their toes.

â€œSome days it’s intimidating, but most of the time it’s inspiring,â€ he said with a laugh.